I feel like i have done the best possible work i could have done to create two separate CD Covers.

But now i have completed them both i have come to a conclusion that when creating your own CD cover it is much easier then trying to recreate an existing piece of album artwork because no matter what you do, for example you cant get the lighting on the pictures right or something isn’t just relating to the cover. That’s why i have nominated that my own personal CD Cover is better then the U2 Cover which i tried really hard at because its a band i love and i wouldn’t of chose that iconic album cover because i didn’t love and want to do a exact replica of that cover. Credit to each and every person who creates albums covers.

Maybe have inside artwork of band or solo artist

Pick another band to portray that i don’t like.

Here are just some of the photos i took throughout this assignment and i will be handing both of the CD Covers in 2 CD’s tomorrow.

I was struggling to gather ideas for my own CD Cover but then i found a image on the internet that sparked a idea into my mind.

I  didn’t save the image which i should have but i was a woman’s face on the front cover with the text on the right of her face. So i had a idea, since i am already taking photos of myself for the U2 War cover i could just take a photo of my full face then cut it in half.

As with this CD Cover before i started to take the photos i have decided to sketch out the CD Cover. Even though i have the picture in a previous post i just wanted to sketch it out so i have something to relate with later.

Sketch of the full CD :

As you can see i am going to use a picture of myself with a wall effect background with U2 War running down the side like the original. On the back of the CD Cover if you did not know they just have the tracks on the back and then U2 War spiraling down like on the front cover with the barcode etc on the bottom.

I thought before i start taking photos i will sit down and sketch out what i am thinking about how i will layout my first CD cover.

I sketched it out then scanned it, here it is :

The CD is potraying my specialites as a solo artist. The title cover is Ross Barnett – Rise of Destiny and it has on the front cover half of my face with the title on the right and then on the back cover it will have the other half of my face with the tracks and how long they are on for. Down the spine they will be the title again with the label that will be my favourite label because they was the label of my favorite band and that is Island.

As you can see by the image the image of myself i have used is the same as the one that i have used in the U2 Cover, War. This is because im not a good drawer and these are only sketches and the real thing will be different.

Im having problems thinking of a idea for my CD cover but when i was researching this second CD cover which will be based on a band or solo artist, i picked up great ideas i could do because i will just copy of their cover because that is the task.

When Mark red out the assignment options out, with me being a big U2 fan i was thinking of numerous CD covers in my head and this one stuck out in my head.

This is a great example of a great band at their peak bringing out a simple but effective CD Cover, which also sold well.

This CD cover will be in a blank CD with a break in the middle and a back cover aswell.

When the assignment got given to us and the choices was :

i chose the CD artwork because it was relevant to what i wanted to do and with being a music fan i already had inspiration in my head when Mark red out the assignment.

So in this post i have had a look at various album covers that caught my eye when browsing the web :

He’s taken some great pictures of the Humber Bridge but you expect from a professional like he is, so i decided before i take any pictures i would have a look at his and then try and work out new angles that i can show the techniques what i have learnt in class and also get some great quality shots.

I cant show you know pictures on here because he has disabled his website from copying which is notable dew to his great photos. But they are some great photos like where he’s staring up at the one of the pillars with a blue sky behind it, which i tried to resemble in my portfolio and also the own where he’s underneath the bridge from the Barton Upon Humber side because he’s from Barton, i resemble this as the one where im shooting from underneath the bridge.

This was the only photographer i could find who did a portfolio on Humber Bridge.

As you can see on the right i have a little slideshow widget that will  show you three photos from my final assignment on Flickr. But in this post i just want to talk about various shots and why i took them and what i could and couldn’t do and some problems i had when doing this project.

So at the start i tried to get a Cannon 40D out of the stores but they was like stardust, so i went for my first shooting with a powershot camera to try and get some good shots out of this camera even thought i have never used this camera and only been using the Cannon 40D in class i didn’t know the problem that with the powershot its real hard to get depth of field working and it wasn’t just me Danny took a powershot it aswell and he found it quite hard getting depth of field working. I did get some good photos with it though, theirs one where im looking underneath the bridge and its getting small as its expanding, i thinks this is one of my best shots. Their was also the shot i took of the closest pillar to Hull which was just looking at me on foreshore so i decided to take a photo of it because the project is about the Humber Bridge and the more photos i get of it then it will explain my project.

So i upload them pictures to my blog and described what happened on that day. So the following week instead of just turning up and wanting a camera me and Danny booked out a Cannon 40D camera and then i took a trek to Humber Bridge on that knowing full well i know how to use depth of field and i only needed space between my object and the object in the background which would be the Humber Bridge or if im on the Humber Bridge it would be the things off it. So i decided to get some shots of Humber Bridge on Hessle Foreshore of the a tree and a bench with the bridge in the background which i tried with the powershot but i didn’t work, and i also attempted a leading lines shot where the object leads it in to the background and i hopefully got that when i took the photo of the railing on Hessle Foreshore going out onto the pebbles. Then i decided ill take some photos off the Humber Bridge and that’s what i did and i think the best photo i got from on the Humber Bridge was the one where im looking up at one of the pillars and its getting smaller when its going into the distance with expanding cables going off at each side, i think that’s what resemble Humber Bridge its an suspension bridge. I also got various ones looking over the Humber Bridge which is quite hard for me because im a little scared of heights but i got some great ones of the River Humber and looking over on the Dual Carriageway with using depth of field.

Something what i could of got better was my location, in my research etc i said i was going to take some pictures from Barton Upon Humber side but i wasn’t going to walk all the way over the bridge and back cause it was raining so i was going to drive but i had a look on Google Maps and i didn’t know how to get their so i just gave up on doing that shooting, which is bad of me because i set out to take some photos of that side of the River Humber but failed, so that something i could of done better.

Hopefully this documentation along with all my other posts and about this Project is another because i think i have taken some great photos from barely knowing how to use a SLR at the start of this course.

If you cant find the photos on the right i will give you a link to my Flickr below: 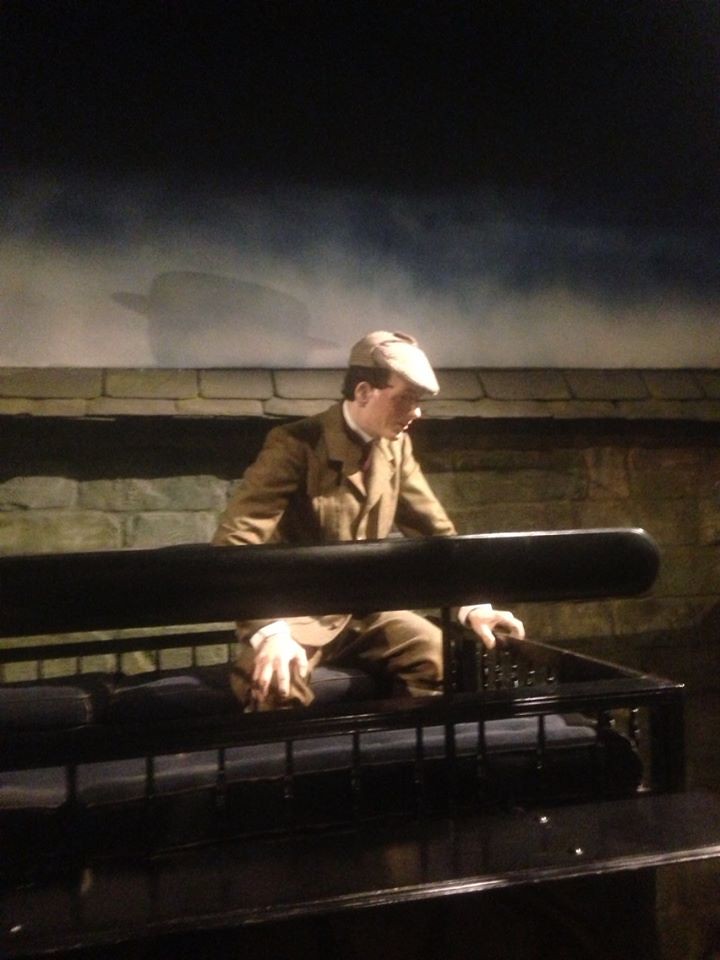 On my day off on Tuesday i went to Hessle Foreshore with a Powershot Camera, which was the first time i used one before and took some photos from this side of the foreshore just to test the camera out. As you can see below i experimented with different types of shots like Depth of Field, Leading Lines etc and messed with the aperture and shutter speeds to try and get the best shots possibly but this was a problem for me. This was the first time i have used a Powershot and various people in class have said that it hasn’t got the same utilities that a 40D camera has. With the 40D cameras being so rare to lend out i have booked one for Monday till Wednesday so i can take some great quality shots from all over the Humber Bridge because this is a camera that i am more comfortable with and spend money on the tolls so i can to Barton Upon Humber to get some shots of that side like no one else has when doing this project before. Here are the Photos i got from Tuesday:

...(was) just a games design student

Portfolio site to show the development of my uni work

The latest news on WordPress.com and the WordPress community.